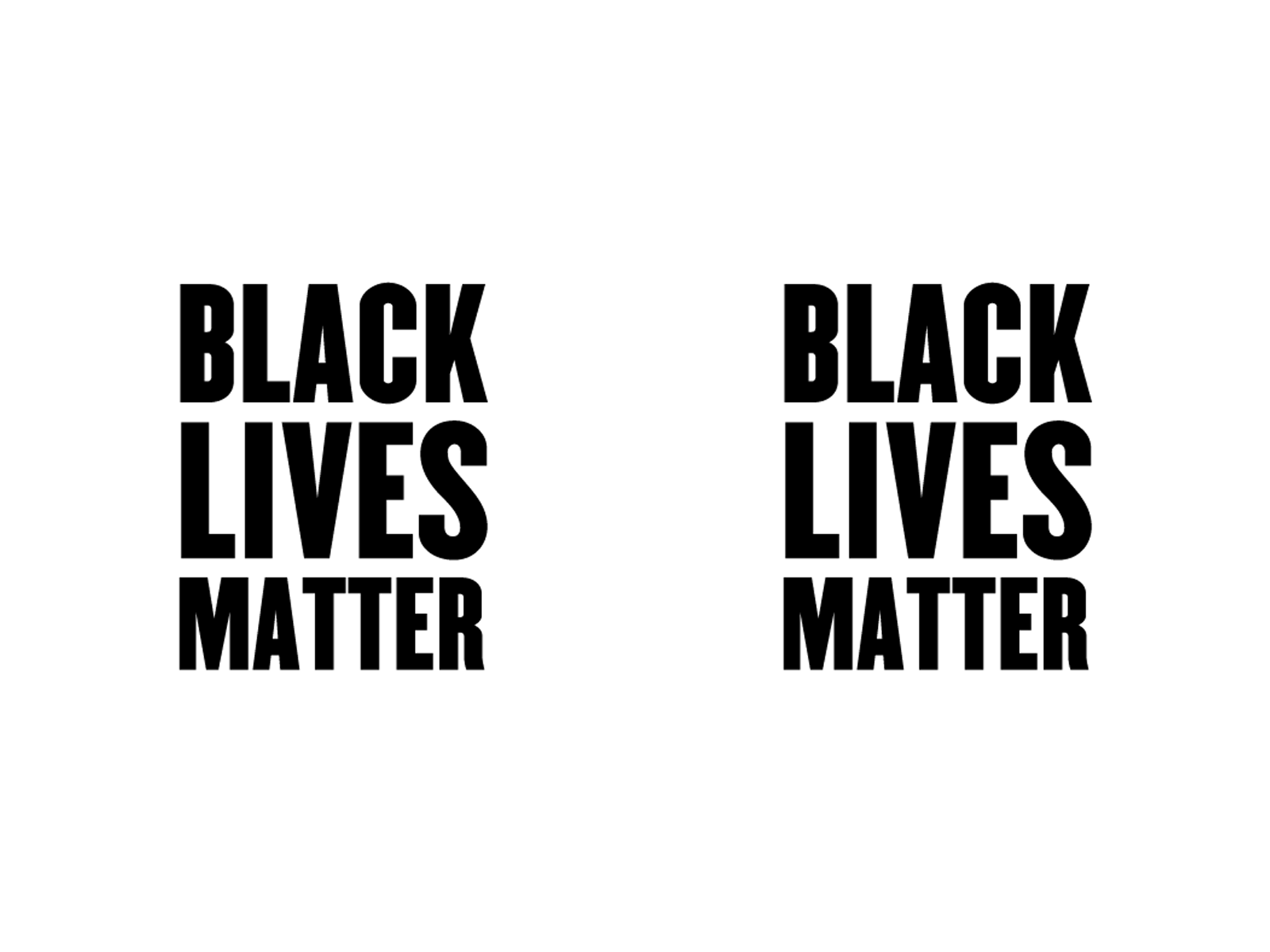 (JUST SOME OF) THE FACTS

Here is *some* background information to contextualize the critical nature of the Black Lives Matter revolution. Bear with us, this might look like a wall of statistics - but it’s data about real people.

This is all relevant to every single reader. It is also intrinsic to our work in the marketing/ad industry.

Societies are continually failing black people all over the world.

WHY THE FORCE OF ACTION NOW?

“We have all been in our own worlds these past few months, literally and more than ever, tuning out the news to survive the loss of our elders and get through our illnesses. We have been tending our own gardens. Now we are being called back into society. Welcome to the reopening.” — Garance Franke-Ruta, Executive Editor, GEN

Racism persists and movements fighting against it continue to grow, but something about this moment is distinctly different. Why has George Floyd’s murder sparked such a loud reaction?

The Covid moment: Covid-19 not only created a significant moment of human reflection on community - from stigmatising language to health impacts, it has exposed our deep systemic racism and racial inequalities. BAME people are twice as likely to die from Covid-19. Or, in other words, black people are dying of Covid-19 at twice the rate of other races. Latinx and black homes also have higher Covid-19 related job losses. As NY Times writer Keeanga-Yamahtta Taylor puts it “This simultaneous collapse of politics and governance has forced people to take to the streets — to the detriment of their health and the health of others — to demand the most basic necessities of life, including the right to be free of police harassment or murder.”

The footage itself: This is not the first time footage of an unarmed black man being murdered by police has gone viral. However, the evidence captured in this case is powerful and impossible to ignore. The police officer kept his knee on George Floyd’s neck for a total of 8 minutes 46 seconds- even after he was showing no signs of life. The last, primal, words of George Floyd were captured in the video - “Please I can't breathe", "My stomach hurts", "Everything hurts", "They're going to kill me" and "My neck hurts." In his last moments he called out to his deceased mother: “Mama … I’m through!” The officer has been charged with second degree murder, and the other three assisting officers were also fired and charged.

This heartbreaking video has been heavily shared and provides a summary of the current state of emergency (it contains graphic and violent content).

The grief, rage and cry for change is appropriately unavoidable. From protests on social media to protests in the streets to quiet donations and offline tough conversations the Black Lives Matter revolution feels louder than ever.

YOUNG VOICES TO LISTEN TO

There are many, many, young BAME voices rising up, speaking out and worth listening to. We are committed to championing these voices and others via our channels.

Here’s a snapshot of what some young people are saying and feeling right now in the wake of George Floyd’s death:

“I have very few words, I have very few comments that go beyond grief. Very few people I know are okay. Very few people I know are comfortable sharing anger… I’ve been crying for too long to have the same circular debates about whether or not I deserve to exist because I’m black… I’m tired of pretending this doesn’t exist… This is mental and spiritual trauma that we are pushing through...it’s not ignorance.” Denise Chalia, Musician, Ireland

“Racism debates remain surface-level cos by the time we're old enough to see how deeply divided we are, we're all too busy to do anything about it - busy working and building families. By this point we expect the solution to be someone else's job. Expecting a solution to racism from someone somewhere is unrealistic, cos we are starting from a place of mass unawareness. Commitment to building that awareness is the first step, but is almost unreachable in a society that doesn't recognise the urgency of the problem.” George the Poet, UK

“We tend to go through this same cycle. A black person is killed. Outrage. Empathy. #BLM hashtags for a week. Pledges of ‘change’ from white people who consider themselves allies. No change. Back to normal. Another killing, and the merry go round happens again. I’ve noticed this same cycle since Trayvon Martin. Something feels...different, about this time though... I need for the cycle to stop here. Right here and now… Do the work. Every day. The world is literally watching your every move now.” Stephanie Yeboah, Author & Activist, UK

“Your [white] identity is being challenged and uprooted…there comes guilt, shame [and] fear that you are a bad person. Told you being an ally would be messy. Connect with those feelings and talk about it. Let those things pour out in a private space and then do better.” Brandon K Good, Writer & Actor LA, US

“Probably time we start all discussing this openly, reading the BOOKS, getting some real trauma therapy, decolonising from self-hate/fear of others and educating ourselves on this global system we’ve inherited that is destroying our humanity one way or another.” Loah (Sallay Matu Garnett), Musician, Ireland

BRAND TAKEOUTS: LEARN (AND KEEP LEARNING) TO BE ANTI-RACIST

Do not do nothing. Do not let this moment pass you by. There is nothing to be gained from looking away. No matter how you feel or who you are, taking action now means giving this your time. Give time to learning - listen, read, reflect, act. Consciously grow.

In opening yourself up to uncomfortable race realities, you will be better armed in understanding the right approach for you, your brand or organisation.

Be conscious of the mental health of your communities and the trauma that many black colleagues, peers and friends may be experiencing right now while processing the news and events following the killing of George Floyd and other acts of violence.

Help drive this essential movement’s momentum by speaking up and sharing resources with colleagues, peers, friends and family.